CALL NOW FOR A FREE CONSULTATION. 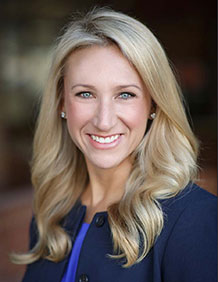 Lindsay has dedicated her career to aggressively defending those accused of a wide array of misconduct at the local, state and federal levels. She’s seen the profound and often lifelong impact that a simple accusation can have on a person’s life and has made it her mission to fight for the rights and liberty of children, parents, students, professionals, and anyone in need of a zealous legal defense.

Lindsay has successfully defended juveniles and adults charged with sexual assault, domestic violence, felony assault, robbery, DUI, and various firearms and weapons offenses, to name just a few. She specializes in cases involving allegations of sexual misconduct, violent crime, dependency and neglect actions, and school and university disciplinary actions, including matters implicated by Title IX federal civil rights statutes. Lindsay has seen firsthand how individuals without experience in the legal processes surrounding these issues are frequently taken advantage of without even knowing it. Her goal is to make sure that doesn’t happen.

A skilled and fearless litigator, Lindsay has earned dozens of Not Guilty verdicts at trial, but prides herself on her ability to work tirelessly and find innovative solutions in order to resolve cases outside the courtroom. She is an aggressive defender and advocate for every client who walks through the door.

Since 2016, Lindsay has been recognized as one of the top attorneys in her field by Super Lawyers Magazine. Further, for seven years in a row, she has been named a Top 40 Under 40 attorney by The National Trial Lawyers Association.