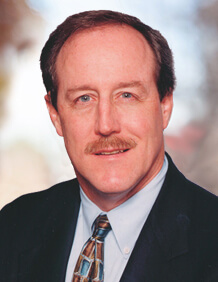 George Newhouse is a senior attorney in Richards Carrington’s Los Angeles Office. George’s practice focuses on white collar defense, general criminal defense, securities defense, and government investigations along with complex civil litigation. George has tried nearly 40 criminal, civil and arbitration cases to verdict and handled more than 40 appellate cases in federal and state courts. He represents clients in a wide range of cases involving antitrust, environment, health care, public corruption, securities, fraud, tax and qui tam (false claims act) cases. George is a skilled trial lawyer and currently has perfect record in criminal trials as a defense lawyer, with his most recent victory being on behalf of a federal agent accused by the County of Riverside of brandishing his firearm in a trial concluded in November 2019.

Mr. Newhouse has broad and deep experience in government prior to entering private practice, including having served as an assistant United States attorney for the Criminal Division of the United States Attorney’s Office for 12 years, Central District of California. Mr. Newhouse has taught Criminal Justice at the University of Southern California, Dornsife College since 1998 as a Adjunct Professor of the Practice.

Prior to joining Richards Carrington, Mr. Newhouse was a Partner at Dentons and Thelen Reid & Priest LLP among other firms.

Some of his successes include:

Regulatory Fraud and Other White-Collar Violations

Why is it so important to find a prosecutor with litigation experience?

Why is federal experience in an attorney important even in state cases?

Why does an attorney's federal experience help in federal cases?

How does trial experience in an attorney help people stay out of court?